Bringing Back the Bout 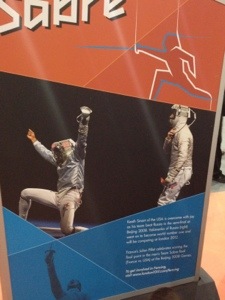 “Turn off your mind, relax and float down stream […] Lay down all thoughts, surrender to the void. It is shining, it is shining. Yet you may see the meaning of within. It is being, it is being.”

This weekend at the Pomme de Terre, I was squaring off against my old college teammate Kai-Moritz Keller, a German fencer harder to break through than the Berlin Wall. As the second period came to a close, I trailed 12-7. I walked to the end of my strip, closed my eyes, and began to meditate. I replayed all the touches in my mind, thinking what Kai had done to hit me, why I couldn’t get past his guard, and then envisioned the actions I was going to use to turn the bout around. Despite Kai being three touches away from victory, I could not accept the possibility of an imminent defeat.

I came out more confident, pressing around the guard, baiting his parries and sniping him under the wrist, going to his foot when he came in with his hand up, which I had visualized doing during the one minute break. The next thing I knew, I was up 14-13. But then I choked and lost (I said this post was about bringing it back, not finishing the bout). There are a few things that you can do to internalize bringing a bout back, which I’ve shared with you below:

The more you compete, the more these ideas will become natural. The bout is not over until the final touch has been scored, so don’t believe anything but!

The pitfalls of worshipping “A” rated fencers