Fencing Ref: Being a Referee 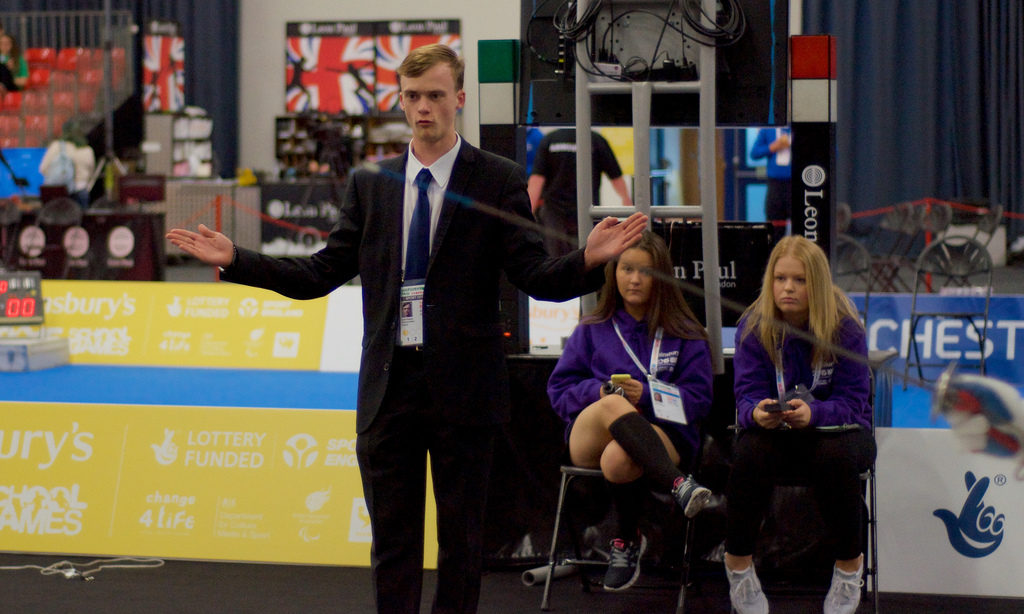 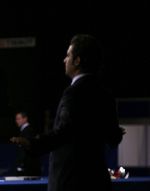 Welcome to the new column The Fencing Ref where we will explore a variety of issues that referees deal with. There will also be hints, tips and suggestions for referees of all levels.

Refereeing is arguably one of the most difficult jobs that people take on, second only to parenting or possibly being leader of the free world. And yet, they, as a group, take abuse and righteous anger from fencers, coaches, parents and other spectators alike. And it is for those people that this article speaks to. This article is about what your fencing referee needs from the fencers and spectators of all kinds (meaning parents, coaches, and other fencer support staff).

Basics of what a referee needs from you.

Understanding and compassion for ALL the work they are doing.

Wow, there is a lot of stuff to do when a person referees. First, let’s put a spotlight on what a referee is doing. They are standing in front of people to create a setting that is an equal and fair playing ground. Unless you are a professional performer, for many people simply being in front of an audience can be anxiety producing. First hurdle to refereeing: stage fright.

Next let’s talk about the internal dialogue that goes through a referee’s mind while simply testing a weapon. We will take an easy one.

This is all done before the referee even says “ready, fence.” This doesn’t include making sure that lames are zipped, gloves closed, nothing is on the strip, nothing in the way of the referee.

The picture being painted is that refereeing fencing is not a matter of showing up and just standing there and saying who gets the point. Referees are not the simpletons that some spectators say we are. We have a lot going on while it looks like we have nothing going on. Also, we have to appear to be the picture of calm.

A referee is maintaining order, ensuring safety, providing efficiency, making calls, controlling the space around the strip, and creating an environment of fairness.

And all this leads to the fact that many, many people do not give the referee the space both physical and metaphorical to do our job.

Space Odyssey: Space to do their job

Would anyone ever walk in front of a world cup soccer referee? A line judge at Wimbledon? An NFL/ MLB/NBA referee? And yet, in fencing it happens all the time. And if not walking in front of them, spectators ooze towards them encroaching into the space that the referee needs. A referee often has to walk backwards to keep the scoring machine always in his or her sight. Walking backwards by definition means that s/he is not looking where they are going. Recently at an event a young man was refereeing and he cleared the space around him. He did this several times. Well someone decided to sit in that space and the young referee fell and twisted his ankle. Imagine the head referee’s shock to hear that the medical team needed to go to a strip to tend to a referee who was down.

When someone is working as referee even things in their peripheral vision are a distraction. Nearly every one of us has tripped, bumped into or fallen into a stray fencer or spectator. And when someone is in that area, we are worried about it, when we should be concentrating on doing our job.

The last and most important thing about the referee’s space is that the referee needs to have the best view of the fencers in the room. This way the referee can place the scoring machine at an angle with the fencers so they can see both. If you are in the ref’s way, you are impeding them for doing their best job.

There is a classic cliché that women and men communicate differently. When a woman might say “it’s not what you said, it is how you said it”. This is an adage that any referee in any sport will tell you is true. Referees often pretend to fail to hear something that is not presented in a respectful manner. It is not inappropriate for a referee to ignore a fencer yelling “What?!?!” but then explain something to a fencer who has said “sir, can you please repeat the call?”

This will be the topic of another article, but the concept is there. If you give respect, it will be returned to you.

Often a fencer, parent or coach fixates on one call that they feel a referee has missed. Expecting perfection is neither rational nor realistic. Referees are human, and the occasional mistake will happen from time to time. A pool bout in foil can have over 50 calls because of off targets, and one error or difference of opinion is going to happen. One error out of 50 is still a lot of successful refereeing. Fixating on one wrong call sends the wrong message to the fencer. Admittedly, there are referees that are not competent. But rarely do incompetent people get hired over and over. And very rarely is a loss entirely the referee’s fault.

The human element of the sport is part of it. Referees work hard and practice their skills to have fewer and fewer errors. Setting an expectation that the referees will never make any mistakes is unreasonable.

Understanding, space, respect and reasonable expectations are all key things that every referee wants.

When are you going to start refereeing to find out?

Star Wars and the Evolution of the Lightsaber Duel [Video]