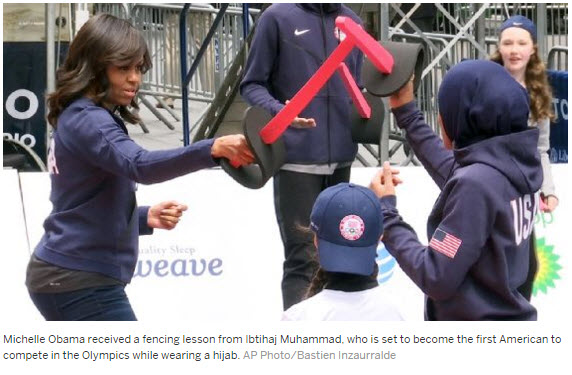 Michelle Obama got a fencing lesson from Team USA Olympian Ibtihaj Muhammad at the 100 Days to Rio event held in Times Square, NYC. Now that both Michelle and Barack Obama have learned some fencing from Olympians, when do we get to see them duel?

NEW YORK (AP) — First lady Michelle Obama wrapped up her speech to dozens of U.S. athletes to mark 100 days before the Rio Games and immediately headed over to a temporary court set up in the middle of Times Square.

There she was greeted by Olympian Ibtihaj Muhammad, the two women sharing a long embrace. Muhammad then gave Mrs. Obama a quick fencing lesson before the first lady and a young girl practiced their technique with foam foils.

Muhammad, who qualified for Rio in saber, said she found out only a few hours earlier that she would be fencing with Mrs. Obama. Muhammad had met the president before but not the first lady.

How to Earn a Rating at a Fencing Tournament

Kliebrink Injured after Attack in Shanghai 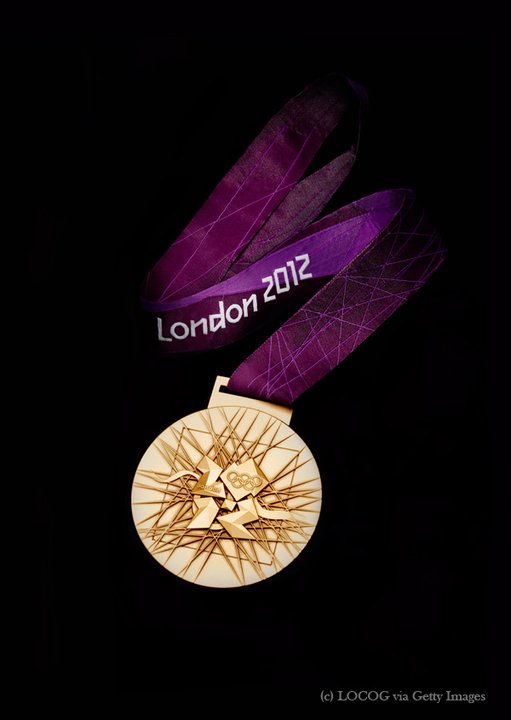 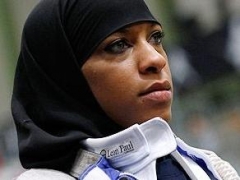