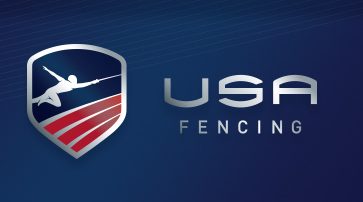 Starting in early 2018, all Regional USA Fencing events will be required to use the new USA Fencing Tournament Registration Platform for tournament registration and management. USA Fencing’s new system officially launched in March 2017, ahead of registrations opening for the 2017 Summer National Championships.

This new and custom-built platform was originally announced as a National and International-level event registration and membership management platform. It replaces functionality provided by the old and unpopular RailStation software. With this new announcement, the new platform is expanding into Regional events run by non-USA Fencing staff. This implies third party Tournament Organizers will be granted access to the platform to manage, accept payments, and run their events – a new direction for USA Fencing.

I hope this email finds you doing well.

As we are gearing up for the next season of fencing, I would like to update you on a couple of items.

USA Fencing is currently finalizing a product, through our new platform, for organizers to use to set up their tournament(s), collect results, reports and other needed materials as well as distribution payment plan to organizers.

· Through this new process, fencers will register through the USA Fencing platform (similar to a NAC) ensuring that all members are current, membership numbers are correct, birth year is correct, etc.

· It will streamline the reporting and uploading of results process.

For all Regional Tournaments that take place January 1, 2018 or later, organizers will use the USA Fencing Registration platform to set up their tournaments.

For all Regional Tournaments taking place August 1-December 31, 2017 organizers may select the registration system of their choice.

We will be sending out additional information in the next few months.

Fencing.net reached out to USA Fencing for more high-level details and answers to some of the questions circulating around the community. An official response is pending. We will update this article with further information when it becomes available.

One of the major questions to be resolved over time is: what is the impact to the current Tournament Organizer toolset? For a smooth rollout of this new requirement, the USA Fencing platform will likely need to fit relatively painlessly into the existing toolset and processes that Tournament Organizers have come to rely on. Currently, Regional Tournament Organizers currently make heavy use of Fencing Time to run their events and AskFRED to advertise and manage event registrations.

“FRED and USA Fencing are discussing how best to achieve a smooth transition for the community.” noted Peet Sasaki, owner of AskFRED. Dan Berke, owner of Fencing Time indicated that “an integration is being discussed with the USFA”, but was unable to provide any other specific details on the situation.

The responses from both Dan and Peet indicate that some form of partnerships are in progress but not yet fully solidified.

Over the past 10+ years, Fencing Time and AskFRED have made themselves indispensable tools in their respective spaces.

Fencing Time powers the vast majority of tournaments run in the United States and its international usage is growing after its recent FIE Homologation. Dan discussed the history of Fencing Time on a recent episode of Sabre Coach Kate’s podcast.

AskFRED has made itself a community staple by replacing the previous “put flyers on tables” method of advertising fencing tournaments and providing an event registration and results management toolset previously missing from the sport. AskFRED also currently hosts the Referee Commission’s Referee Database.

Together, they’ve spawned numerous other innovations and products in the fencing space that wouldn’t be possible without the original efforts from Dan and Peet.

It is currently unclear what USA Fencing’s move into fencing software will mean long-term for the ecosystem. The immediate impact seems to be most apparent with AskFRED, as USA Fencing will be requiring events to move from AskFRED into its new platform. Will USA Fencing eventually require all events to be run on their platform? The possibility exists, as a move in that direction would line up with the goals laid out in the announcement email. Is USA Fencing’s move into the software ecosystem an indication they would consider bringing other products, such as tournament management software, in house?

Many of these questions and concerns are being raised by the community due to the rocky roll out of the platform’s pilot program prior to 2017 Summer Nationals. Members saw data migration, account access, and event registration issues. However, issues are to be expected as the platform kicked off its first full tournament run under the weight of the world’s single largest fencing tournament.

There is still plenty of time to address questions and platform issues before the Regional event requirement kicks in. Most Regional events won’t open registration until a few months away from their event date. Events held in January 2018 would open registration somewhere around October 2017. This gives USA Fencing at least a few more months and a few more National events to further develop and test their new system before opening it up to the people running Regional Events.

Fencing To Have Full Medal Count in Tokyo 2020 Olympics