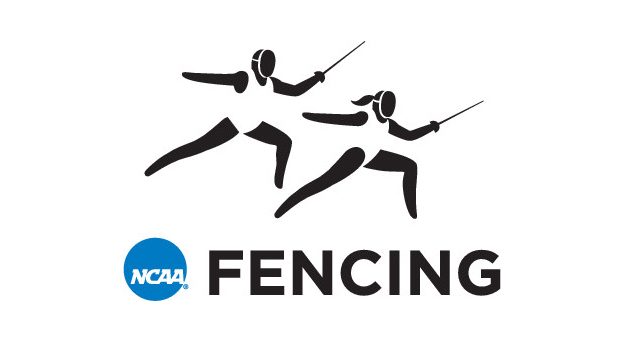 There was an article floating around from ScholarshipStats (which can be found here) last week making the claim that high school fencers had a roughly 30% chance to fence on an NCAA team (29% for Men, 35% for Women).

Too Good To Be True?

At first glance, 30-ish percent is a rather large number. The national average is around 8% for high school athletes in any sport to move on to an NCAA team. Fencing beats out every other sport by a very significant margin – more than 3 times the rate of participation. Here at Fencing.net, we wanted to dive into those numbers and hopefully produce a more transparent and fencing-specific analysis.

First, the ScholarshipStats data is a bit old (2015). Fencing as a sport has grown since then. Not exponentially, but certainly incrementally.

So with these two major issues in mind, we wanted to attack things from a different angle. The following data was calculated at the start of the 2017-2018 season, so all data analyzed comes from the end-of-season membership reporting from the 2015-2016 and 2016-2017 seasons. Most numbers below are rounded for article readability and exact data can be found at the end.

US Fencing membership numbers will likely provide a more accurate picture of the high school aged talent pool. Basing eligibility on birth year, there are somewhere in the neighborhood of 9,500 US current Fencing members in the appropriate range (1999-2003 this year). This is probably a slight overestimate since the number is a sum of 5 birth years for a 4 grade range. Some people born in 2003 won’t be in high school yet, and some in 1999 will have already graduated.

The realistic recruiting pool for NCAA schools are fencers who are actually actively active and competitive in the sport. The best way to accessibly simulate this is to identify fencers who have maintained year over year memberships, indicating long term participation in the sport. It is highly unlikely for a brand new first year fencer to get recruited to an NCAA team. Certainly some will, but the vast majority won’t. Only counting high school aged fencers who have been US Fencing members 2 or more years in a row, the pool shrinks from 9,500 to 5,700 eligible fencers – roughly 3,700 men and 2,000 women.

Next, how many NCAA slots are there? Adding up the team sizes this year results in 1,330 NCAA fencers in total (615 Men, 715 Women). But, the NCAA schools have a small preference towards international fencers. That fluctuates yearly, but this last season, the international participation rate is around 8%. This puts the domestically available NCAA slots at 1,230 (570 Men, 660 Women).

The women’s percentage lines up fairly well with the the ScholarshipStats numbers, while the men’s and consequently overall percentage is a bit lower. This is most likely due to the fact that high school teams don’t accurately represent the competitive landscape of US Fencing membership at large. But despite coming at this from a completely different angle, the general conclusion still holds up – if you want to compete in an NCAA sport in college, fencing is hands down the best sport. Men are twice as likely on average to find an NCAA team slot, while women are almost 5 times as likely than the average to find a spot on an NCAA roster.

First and foremost, the ScholarshipStats Fencing page is still a pretty useful bit of information. Check it out for scholarship information. And while they attacked the problem in a different way, their analysis of NCAA participation rate was still in the same ballpark as ours.

There are a lot of high school aged fencers who fence for one year but who do not renew their membership the next year – about 3,800 of them dropped off from the 2015-2016 season to the 2016-2017 season. Presumably we pick up a similar number of rotating members the next season, but that analysis was outside the scope of this exercise.

And finally and perhaps most importantly, there are twice as many men fencing in high school as women, and yet there are more NCAA team spots for women. This represents a fairly large, untapped/undeveloped opportunity for women fencing in general, as well as an opportunity for clubs to leverage — there is a large demand for NCAA women’s fencers but a very low supply.

This estimate is exactly that – an estimate. To know more, we’d have to analyze every fencer individually. Its entirely possible we’ve actually underestimated the percentages due to including too many kids in the high school birth year range. Or overestimated by cutting too many people from the year-over-year membership cut. As we move things forward, we’ll continue to look for ways to refine this data and produce a more accurate analysis.

We also think it would be interesting to flip the analysis on its head a bit and investigate qualities of fencers to determine how various factors impact participation on NCAA teams. For example, if you fence in the Junior Olympics, how much more likely are you to make a team? If you’re a C rated fencer, how much does that impact your chances? Etc..

We’d like to know what you think about the methodology taken. We don’t think its perfect, just a better attempt than the ones floating out there currently. Here is a link to a spreadsheet with the numbers we used. If you have any thoughts, ideas, ways we can improve our analysis, or if you notice that we were incorrect somewhere along the way, drop by the Fencing.net forums to let us know!