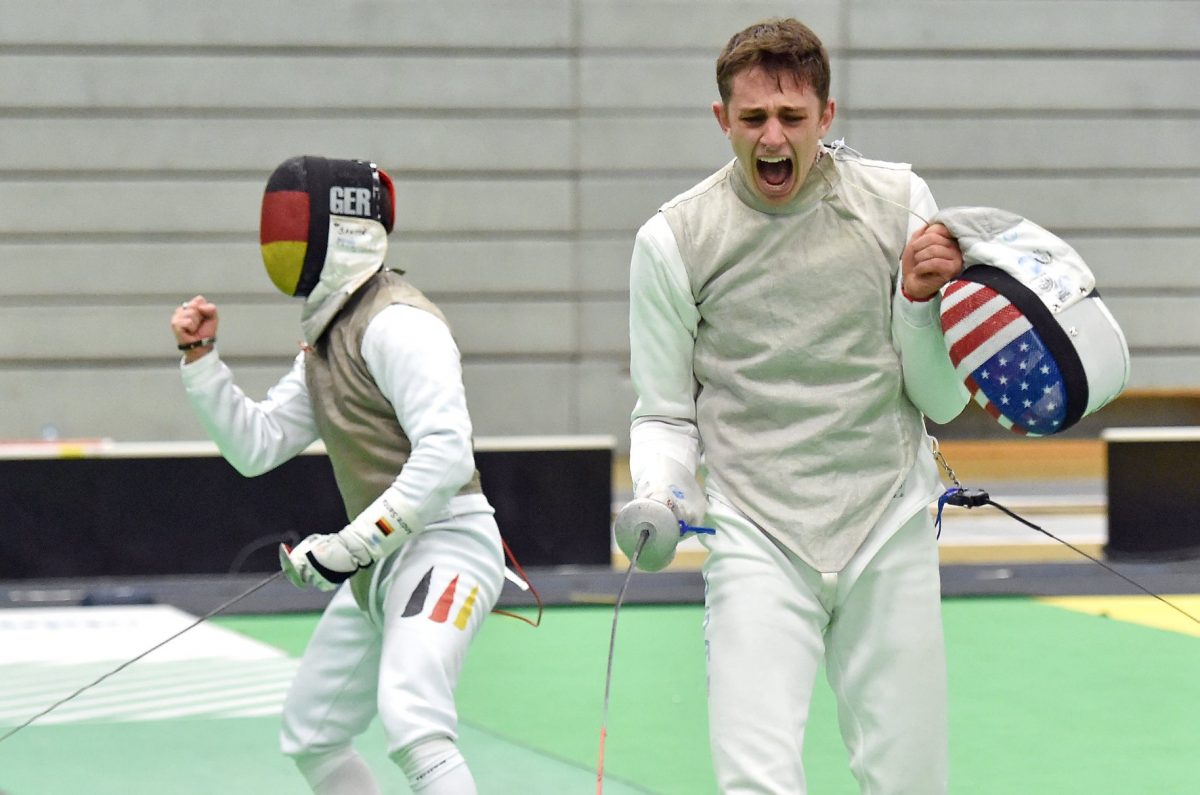 The Senior World Cup fencing season began again over the weekend with events in Germany, Estonia and France. Nick Itkin took bronze in the men’s foil in Bonn, beating both the current Olympic and World Champions in the process, before the US took gold in the team event.

In his semi-final against another former World Champion Andrea Cassara, Itkin ran out of steam, going down 15-10, to ensure he took home the bronze only, his first senior World Cup medal at just nineteen years of age. In the final, Britain’s Richard Kruse, who won silver at July’s World Championship’s in China, was too good for 16-time World Cup winner Cassara, overcoming him 15-11 to win his fourth.

Such is the strength of men’s foil in the US right now that Itkin was not even a part of the team that then beat the Italians in the final of the team competition, 45-32. This made it six straight World Cup wins for the US team featuring Imboden, Chamley-Watson, Meinhardt and Massalias, who were beaten by their opponents in the gold medal match in China. Japan beat France for the bronze 45-39.

In Tallin, Estonia, more than 250 fencers were whittled down to two when Korea’s Hyojung Jung won the women’s individual epee 10-6 over Hong Kong’s Man Wai Vivian Kong; both women ranked outside the top 20 before the start of competition.

In the teams’ event, the USA, who made history when they took gold in China, could only manage a third-place play-off overtime victory against Korea, 21-20. Team member Catherine Nixon was the best-performed US fencer in individual competition, placing a distant 27th after she was the only one of her teammates to advance from the table of 64, before being defeated by 6th ranked Korean Mi Young Kang, 13-15. Russia proved just too good for France in a close final, 45-43.

The third event on a busy opening weekend was the women’s sabre in Orleans, France. World number three-ranked Hungarian Anna Marton claimed her second World Cup victory by defeating Spain’s Araceli Navarro 15-10 in the final, for whom it was a career-best result. Earlier Marton comfortably accounted for Ukraine’s Alina Komashchuk 15-10 and France’s promising Manon Brunet, 15-7. Another Frenchwomen, 2016 junior world champion, Caroline Queroli was the other beaten semifinalist.

In the teams’ event it was France who got some revenge, beating Russia 45-43 in the final, having overcome the USA in the semifinal 45-41. In the playoff for bronze, Italy was just too good, defeating USA 45-43. Earlier, promising eighteen-year-old Chloe Fox-Gitomer had been the best placed individual US fencer, finishing 7th. Double Olympic champion Mariel Zagunis drew eventual winner Anna Marton in the table of 16 and went down by the narrowest of margins, 14-15.