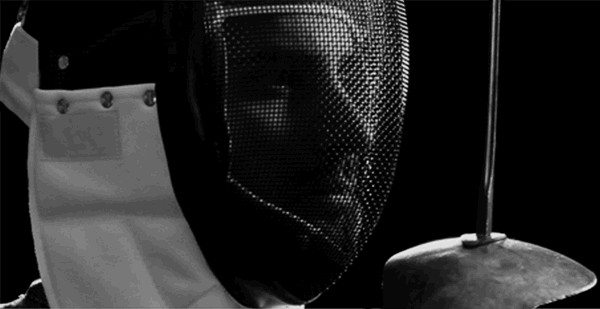 Jason Rogers and Mihail Etropolski star the made-for-the-web fencing film “The Duel” by filmmaker Carter Peabody.  The film launched on NOWNESS.com.  Look for a behind-the-scenes film which includes a short interview with Jason Rogers on Nowness’ Facebook page.

With his athletic bona fides and movie-star looks, Texas-born Jason Rogers is poised to be the Nacho Figueras of fencing. Enter filmmaker Carter Peabody, who shines a spotlight on the Beijing 2008 Olympic silver medalist in The Duel, which we premiere today.

The short captures Rogers, a master of the sabre discipline, performing his graceful épée step alongside nationally ranked American fencer Mihail Etropolski. As a director of fashion films for the likes of Jimmy Choo, MaxMara and Moët Hennessy, Peabody was inspired by the compatibility he saw between fencing and the luxury realm. “I realized that it made perfect sense for that world,” he says. “It’s a sport that is hundreds of years old—harkening back to a time when things were elegant, honorable and beautiful—but it also appeals to the modern appreciation of technique.” Outfitted in Ralph Lauren, Rogers and Etropolski charge and retreat with a precision mirrored by an Audemars Piguet watch; the choreography is underscored by French composer Henri Scars Struck’s original track “Mr. John Barry”, named in tribute to the iconic composer.