Double Gold for Italy in Team Sabre and Foil

via Eurofencing2011.com: The Italian men’s foil team stormed to victory over France to take the 2011 European Championship title leading from start to finish.  The French team fell seven hits behind within the first three relay bouts and were never able to get into the match.  Italian foilists Aspromonte, Avola, Baldini and Cassara all contributed to the 45-28 demolition of the French team of Guyart, Le Pechoux, Marcilloux and Sintes.

Italy’s marched without incident to the gold medal match as they overcame the German team (Bachmann, Behr, Joppich and Wessels) 45-31 in the semis.  The Germans had previously come through an amazing fight with Great Britain.  In that match, Germany found itself six hits behind with just under one minute thirty seconds left in the ninth bout but world number four, Peter Joppich, overcame British anchorman, Laurence Halsted, to go through. The French came through a tough semi final with Russia (Cheremisinov, Ganeev, Rigine and Sedov) eventually winning 45-41.  Russia took the bronze medal with a comfortable 45-35 victory over Germany.

Italy adds the European Men’s foil team title to an impressive 1-2-3 in the Men’s individual foil – a truly dominant display in this weapon.

Italy took the 2011 European Women’s Sabre team title in Sheffield in an up and down fight with the world number two team, Ukraine.  The Italian team of Bianco, Guarneri, Marzocca and Vecchi led 5-0 after the first fight but the Ukrainians came straight back leading with world number 4, Olga Kharlan who put her team up 10-6.  The Ukrainian team held on to the lead for much of the match with Khomrova and Pundyk supporting Kharlan until the sixth bout.  Khomrova let the lead slip and by the last fight Vecchi had a five hit lead to take into the fight with Kharlan.  A valiant effort from the Kharlan meant nothing as Vecchi stumbled over the line taking the Italians to a 45-43 victory.

Ukraine made it through to the final four comfortably before facing France.  A brave effort from the French team came to nothing as the Ukrainians went through 45-36.  Italy produced the shock of the tournament so far taking out the world number one team, Russia, easily in the semi finals, 45-32.  Russia beat France 45-26 to take the bronze medal in a one sided match.

Italy tops the medals table after the fourth day of competition with four gold, two silver and two bronze medals.

France and Italy top Podium in Team Epee and Foil 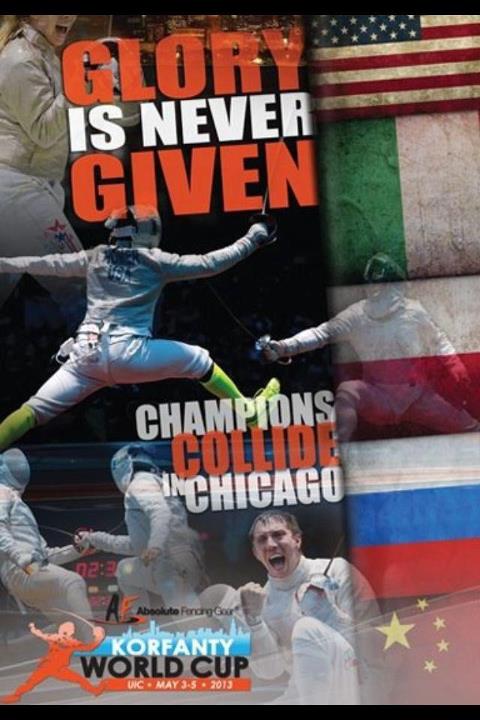 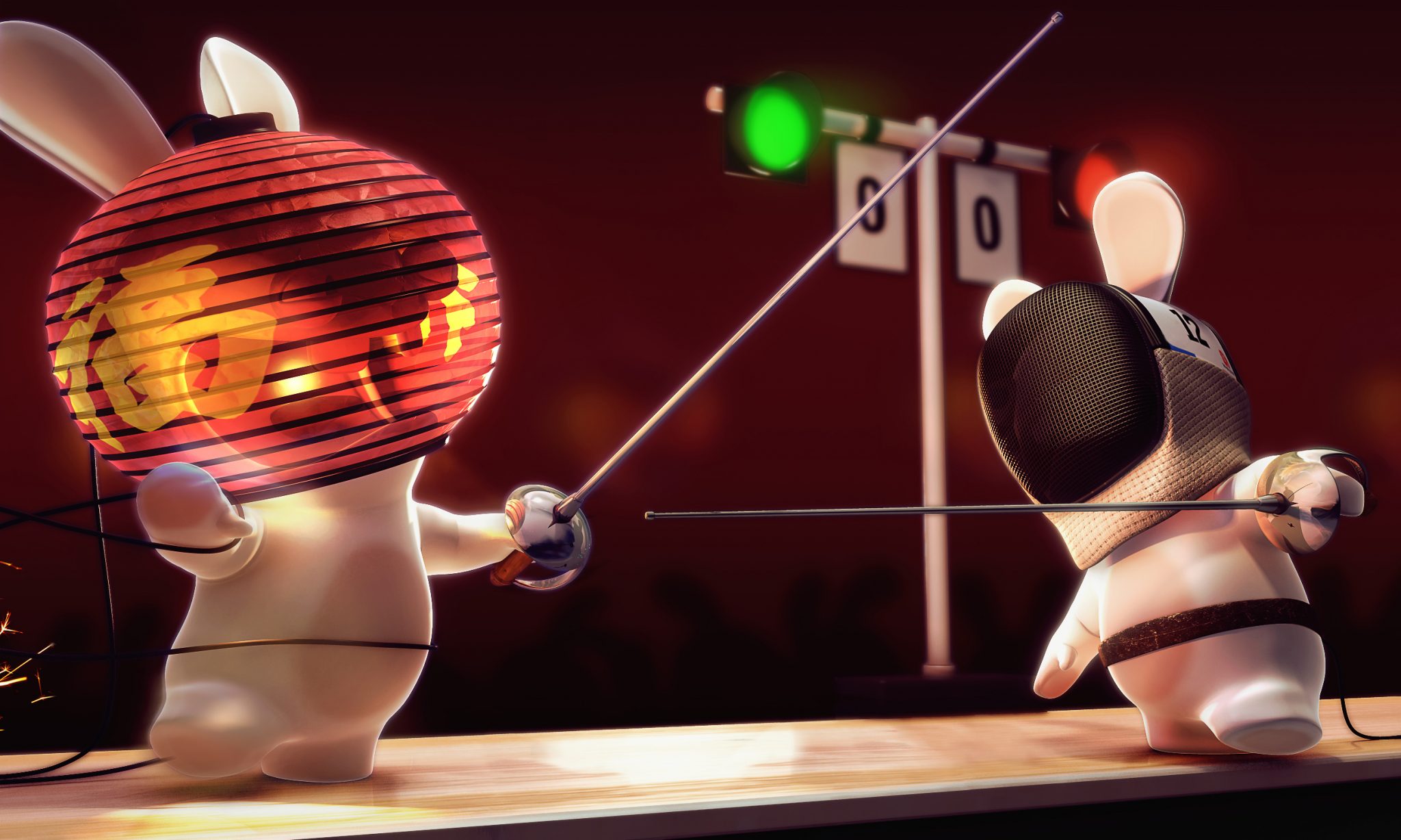 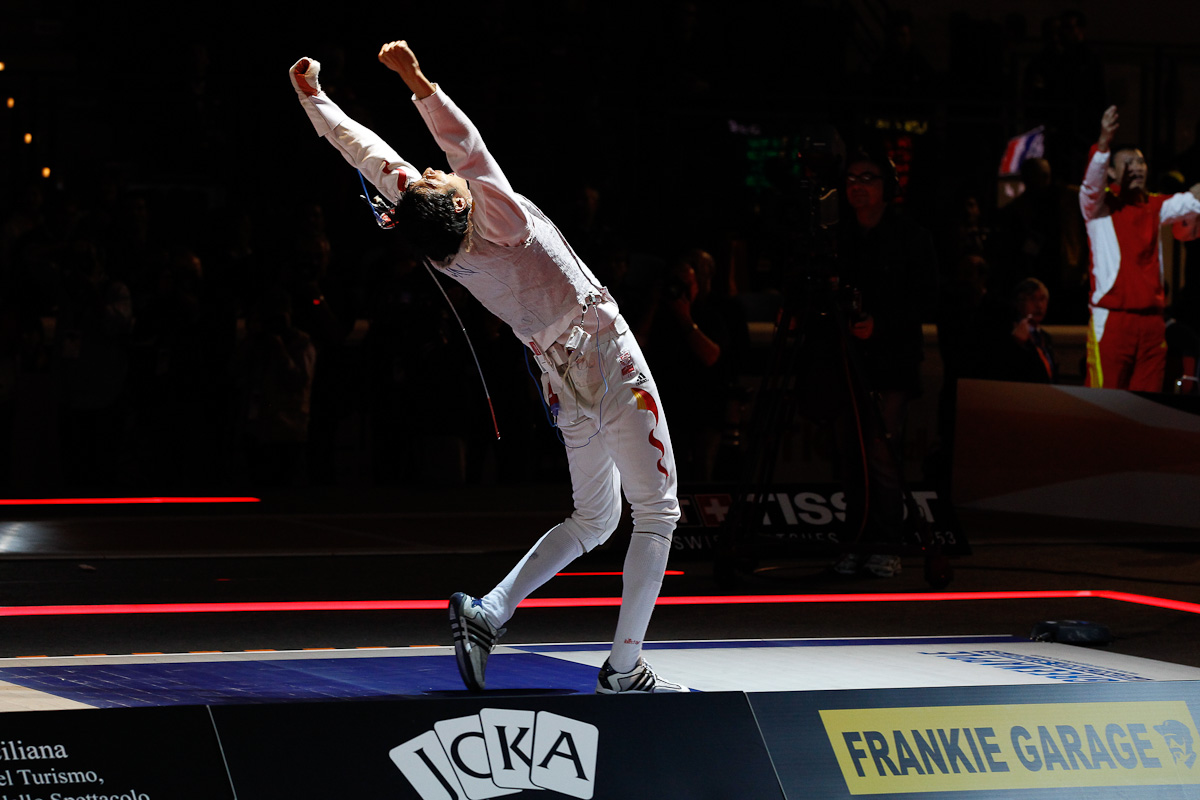