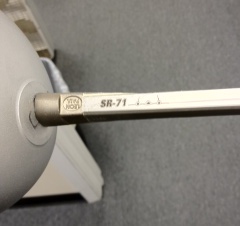 Now that Leon Paul’s SR-71 FIE epee blade has been out for a while, I wanted to explore how it has lived up to the hype surrounding its release. Leon Paul provided Fencing.net a sample of the new blade at its release that we mounted onto our preferred setup of Vniti guard with a standard medium visconti grip and standard socket and pad.

This epee has seen moderate use, a few tournaments and some practice in a couple of different fencer’s hands. I have personally used this weapon in an event and will compare its use to a BF white and Leon Paul FIE V, both of which I have also owned and competed with.

How does the SR-71 Measure up?

Lightweight: Clocking in at approximately 160g (5.5 oz), the blade is noticeably lighter than BF which averages closer to 180g (6.3 oz). That has the SR-71 weighing in only 5g more than the original LP FIE V which if you have ever held, is renowned for how light it is. As far as weight goes, the weapon can fly the ‘Mission Accomplished’ banner.

Balance:  We pulled out the tape measure to verify the data Leon Paul provides on their product pages and can confirm that balance point on the SR-71 and the BF (both cut for pistol grip) measures about 28.5 cm from the tang. The LP FIE V balances around 31. What does that mean for you? The weapon just feels more like a BF than the FIE V did, and that is certainly praiseworthy.

Durability: My LP FIE V has lasted a few years now. I don’t fence epee every week, but I have used it for a couple tournaments every year, and to give lessons a few times a week. Based on that use, the epee blade is still holding strong. The SR-71 benefits from the similar manufacturing process the yielded the increased lifespan of the FIE V, but is noticeably more chipped and worn.  Most blades chip and wear without a dramatic impact on the lifespan of the blade. This seems unusually worn for the moderate amount of use that the weapon has seen, but it does not seem likely to break soon either.

The jury is still out on a final ruling for durability until the weapon has seen more use.

Stiffness: The foible of my LP FIE V has taken so many different bends though that the end of the weapon seems to just spiral out in every direction. Over time, it has developed similar issues that Vniti users have experienced where the blade becomes so soft that it whips around on beats and parries generally adding a sense of uncertainty to the point control of the weapon.

The SR-71 has a deeper cut in the foible of the blade that has vastly decreased the lateral flexibility so that it can maintain a consistent bend throughout. Closer to the forte of the weapon, the cross section is more of a ‘W’ than ‘V’  which has increased the general stiffness of the blade throughout. Overall, this is a huge improvement that addresses most of the major concerns that athletes were raising over the FIE V.

Price: Leon Paul USA is charging $156 for a BF White epee blade, and $155 for the SR-71. The LP FIE V retails slightly lower at $144. The SR-71 coming in at approximately the same cost as the BF is a solid move. For a minimal increase in cost over their FIE V, this seems like a solid upgrade. 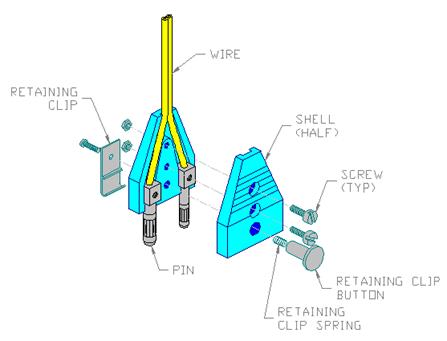