How Race Imboden got to #1 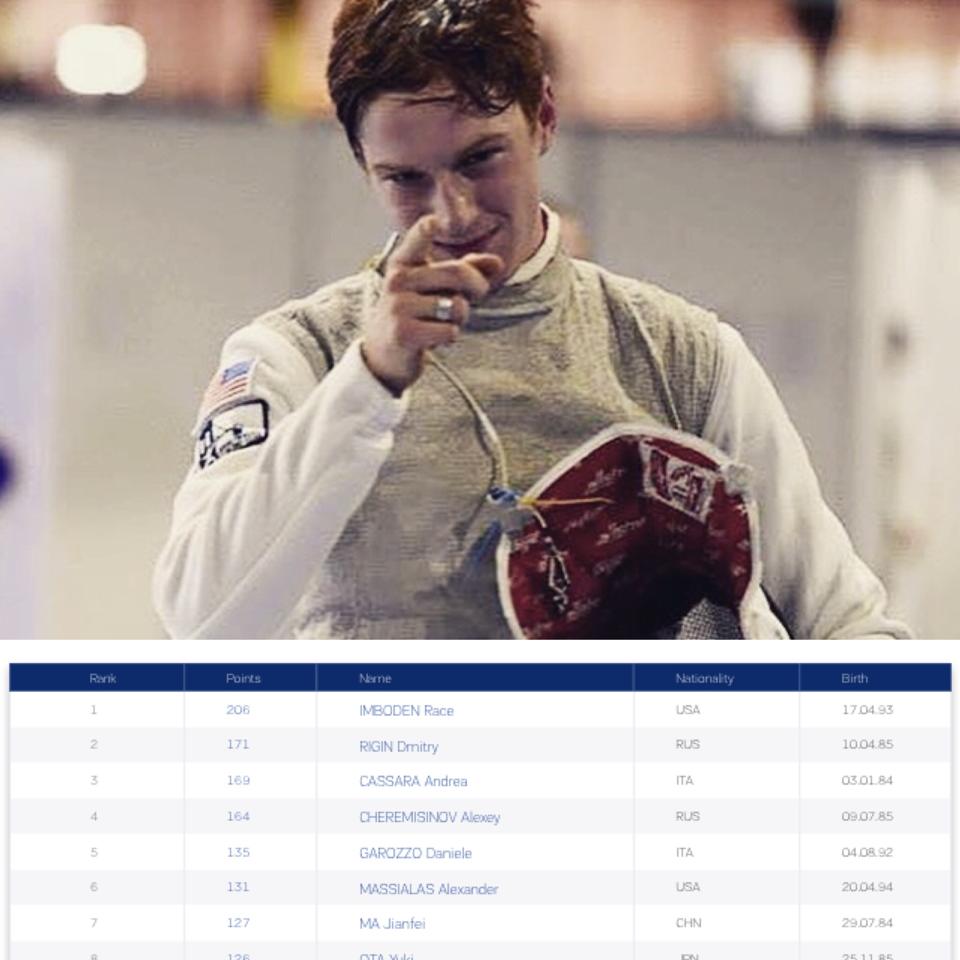 Race Imboden has earned the top world ranking for men’s foil in the FIE World Rankings list. The 22 year old Imboden is a three-time Pan American champion. He competed in the 2012 Summer Olympics and won a team silver medal in the 2013 World Fencing Championships and placed 9th at the 2014 World Championships individual event.

This season, he earned the top ranking with 5 podium finishes, including 3 outright wins over the FIE fencing season. He became the first American to win gold at the prestigious Challenge International de Paris.

Race Imboden leads #2 fencer Dmitry Rigin (RUS) by 35 points. Their next competition will be the 2015 World Championships in Moscow on July 15th-16th.

Race Imboden’s last two events were both 18th place finishes at the St. Petersburg World Cup and Shanghai Grand Prix that do not factor into the point standings.