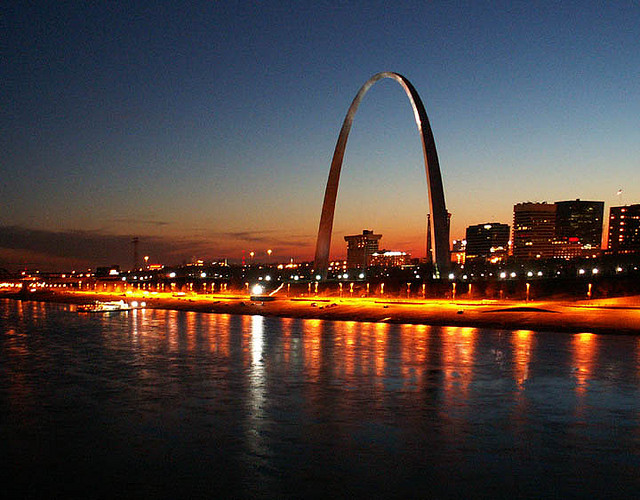 Facebook0Tweet0LinkedIn0Pin0
US Fencing takes the fencing show to St. Louis in January for the North American Cup event. The January NAC features Division I, Junior, Wheelchair, and Senior Team events across all 6 weapon disciplines.
We’ve put together a travel guide to help you on your trip to St. Louis. US Fencing resources for the NAC are available on the event page for the January NAC including the registered athlete and seeding lists.
St. Louis Travel Guide
The home of the famous Gateway Arch, St. Louis, is also home to some the world’s finest attractions and award-winning dining experiences. Founded in 1764 as a French settlement on the Mississippi River, St. Louis eventually became a major shipping port in the 19th century. The economy flourished as manufacturing, trade, and tourism industries grew because of its immediate access to the river, fertile landscape, and distinct four seasons.
Activities for January in St. Louis
Finding things to do in St. Louis any time of the year is simple. The crisp and cold winters do not affect the city’s pace, and while other cities may experience a lull after New Year’s, St. Louis has several events occurring during the second week of January, including:

For a great after-dinner cocktail or a monster-sized sub sandwich, try one of the many downtown restaurants, cafes, bars, and sweet shops for any meal at any time of the day. Within walking distance from the America’s Center are also coffee shops, street vendors, and convenience stores (7-eleven, Mac’s, etc.) for snacks and quick bites. Most venues stay open past midnight every day, so getting a late-night meal is no problem, Cuisine types include classic American, Italian, Mexican, Mediterranean, Persian, and many others, with take-out and delivery options available.

Among top rated downtown eateries are:

Transportation For Visitors in St. Louis
Transportation in St. Louis is not as expensive as most people think it is. Getting from Lambert Field (St. Louis Airport) to the America’s Center or any other location downtown is filled with many options such as:

Hotels in St. Louis
The official NAC hotels for St. Louis are partially sold out. As of the time of publication available rooms at the US Fencing rate at the Embassy Suites St. Louis are sold out.

Rooms are still available at the Crowne Plaza St. Louis Downton hotel. The Crowne Plaza is a 3 block walk from the fencing venue (the St. Louis Convention Center.) Parking at the Crowne Plaza is $8.00 for self parking at $15 for valet parking. US Fencing rate: $129/night.
The Magnolia Hotel is 1 block away from the venue and all rates include breakfast. Parking is $28/night. Rooms start at $169/night.
Hilton offers two properties – the St. Louis Downtown 4 blocks away and the St. Louis at the Ballpark which is 6 blocks away.
Check the US Fencing page at Group Housing for the US Fencing group rates, or use your favorite hotel discount or rewards program to book your rooms.
Other Points of Interest in St. Louis
Nearby attractions within walking distance or a short ride away from the America’s Center include the St. Louis Visitor Information Center, The Gateway Arch, Busch Stadium, Anheuser-Busch Brewery, St. Louis Union Station, and many others. Most are located on Market Street, but some are on adjacent or nearby streets and boulevards. If driving, parking garages, and lots are available for low daily rates of less than $15, and parking meters are located on streets spaces by the hour.
Tags:travel
Share:
Facebook0Tweet0LinkedIn0Pin0
Previous Post