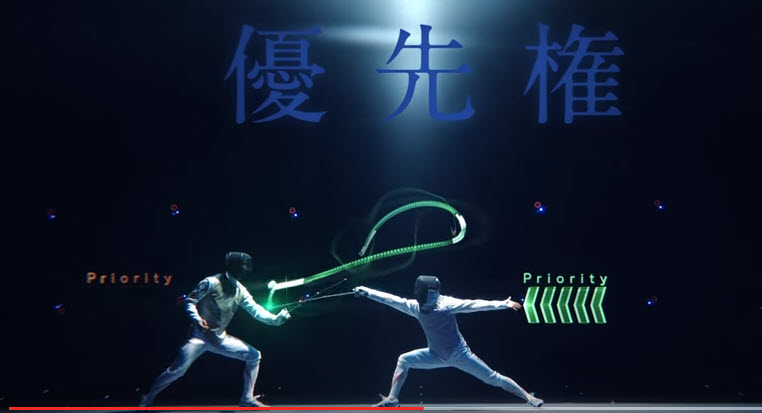 This motion capture example from Yuki Ota could be the future of fencing on television:

The video looks to be the latest in a project on motion capture and pattern recognition in fencing, at least from piecing together what’s available in a couple of the YouTube videos released. Discussion continues in the forums.

In late 2014 a video went live showing a motion capture demonstration which gives a good early view of the technology.