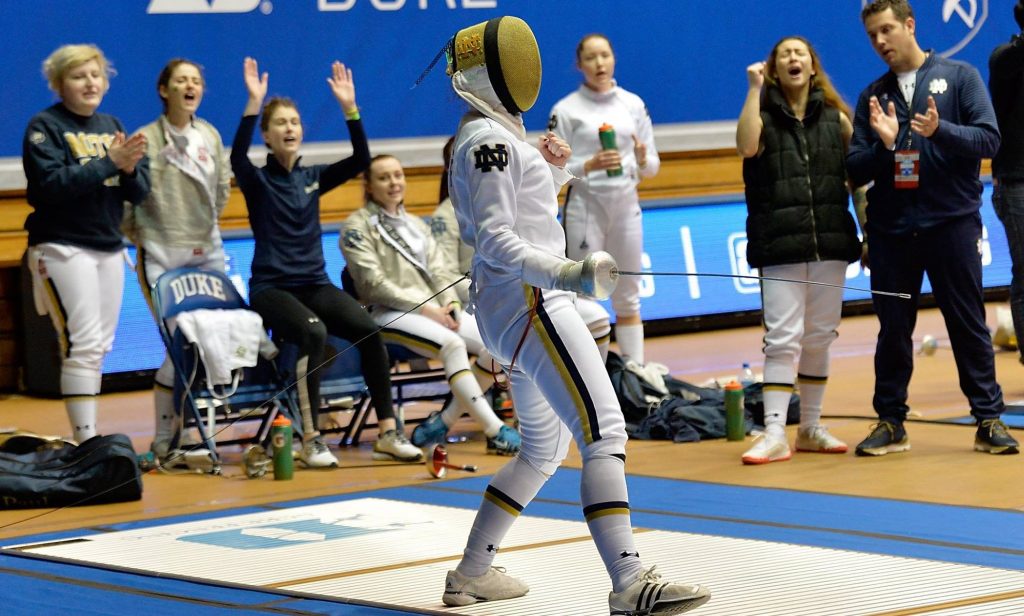 Sabrina Massialas and Ariel Simmons, both from Notre Dame, were voted as the Women’s and Men’s Most Valuable Fencer, respectively. These titles were decided by the head coaches of each participating team.

In the individual rounds, Notre Dame would’ve had a clean sweep in Gold Medals if it weren’t for Pascual Di Tella of Duke taking down Jonah Shainberg of Notre Dame to win individual Men’s Saber Gold. Other Gold Medalists include Kristjan Archer (Men’s Foil), Ariel Simmons (Men’s Epee), Francesca Russo (Women’s Saber), Amanda Sirico (Women’s Epee), and Sabrina Massialas (Women’s Foil) – all from Notre Dame. Each of these fencers also earn All-ACC honors, along with the Silver medalists in each event.

The ACC Fencing Championships were resurrected after a 33 year absence when Notre Dame switched over to the ACC in the 2014-2015 season. This event is the third event held since the reinstatement. Previously, only the Men’s event was held; a Women’s event has only been held from 2015 and beyond. From 1981 to 2014, there were not enough ACC schools with fencing programs to hold the event. For more context on the history of the competition, see our coverage of the reinstatement of the event here: Fencing Gets ACC Conference Championships in 2015.

US Fencing Membership Adjustments For 2017-2018 Season