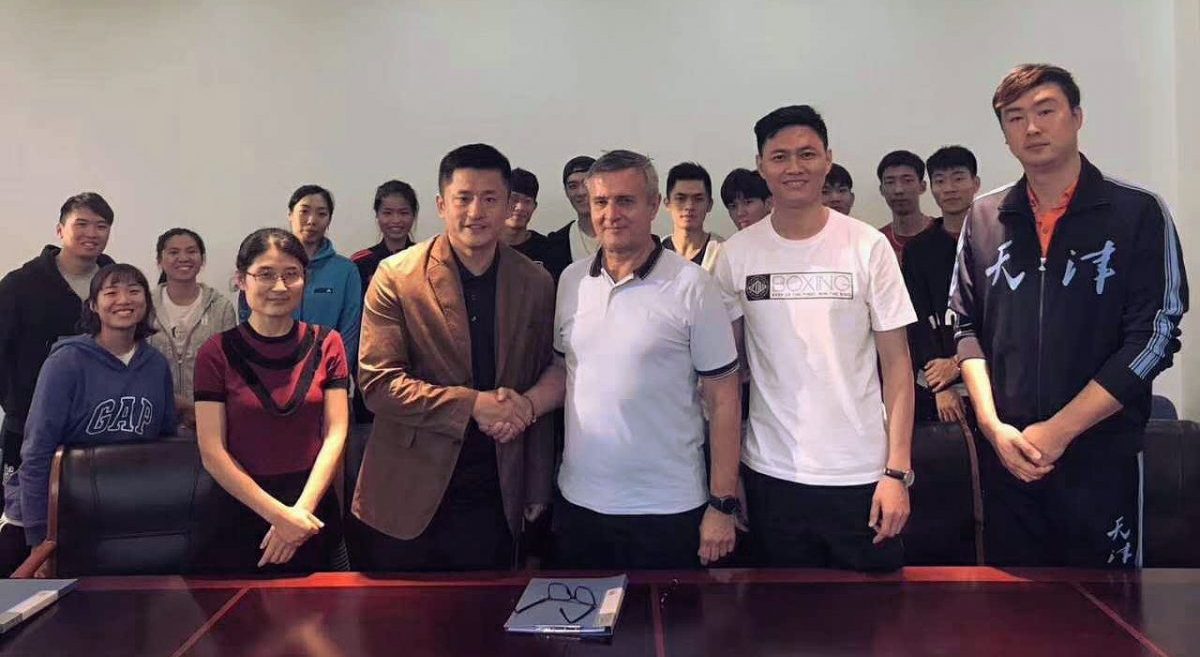 The Chinese Fencing Federation is reporting that Christian Bauer has signed a 3 year deal to return to China as the head saber coach for their men’s and women’s teams. The agreement brings Bauer, known as one of the world’s best saber coaches, back to China through the 2020 Olympics in Tokyo.  In his long and successful career, Bauer has served as the head saber coach for France, Italy, China and Russia.  Under his tenure as head coach, those countries produced a collective 11 Olympic medals.

Bauer was originally brought on as China’s head saber coach in 2006 in order to prepare them for the 2008 Olympics. As a result of that engagement, China brought home a gold medal in Men’s individual saber (Zhong Man) and a silver medal in Women’s team saber (Bao, Huang, Ni, Tan), numerous other World Cup and World Championship accolades, and in general significantly increased China’s international fencing presence.

After his contract with China ended, Bauer moved to Russia and presided over an impressive run of multiple World Championship wins and medals in the 2012 and 2016 Olympics (Sofya Velikaya, Nikolay Kovalev, and Yana Egorian).

Before his first stint with China, he brought success to the French and Italian teams, again including numerous World Championship victories a gold in the 2004 Athens games for Aldo Montano.

His return to China signals China’s intent to earn medals in Tokyo 2020.  He has spoken about his time in China favorably before, saying the following in a 2012 interview with Swordsport Productions:

I have said many times that in order for the given tasks to be solved, one has to work with maximum level of dedication. You know Russia better than I do. There is money here, as well as, the infrastructure. There aren’t such circumstances in any other country in the World, except for China, where I worked for five years.

Given this, Christian Bauer’s consistent track record of success and his already established history with the Chinese team, it is almost certain that he’ll be successful on the 2020 Olympics medal hunt.

2020 Olympics: Why Fencing is Okay