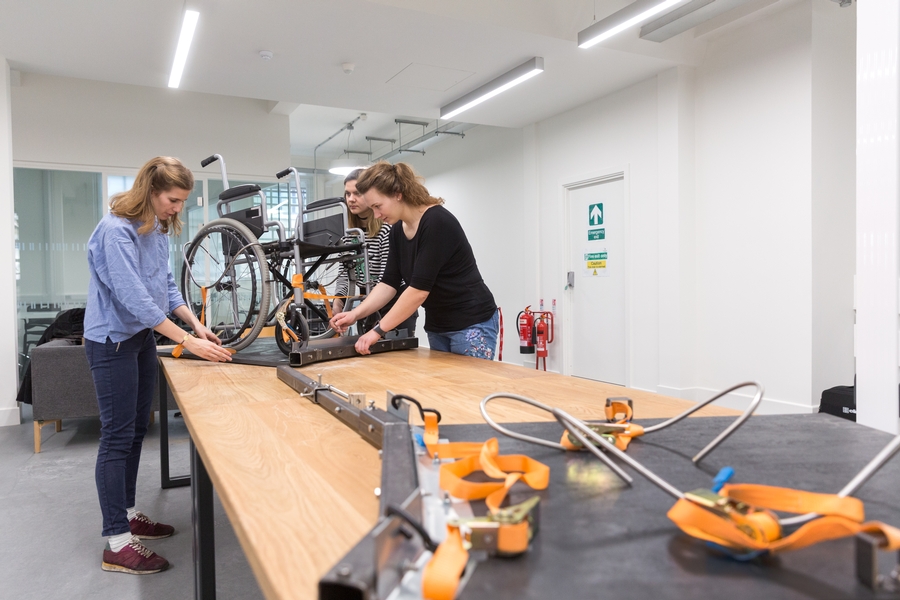 A team of undergraduate engineers in London has just made the sport of wheelchair fencing a lot more affordable.

A low-cost version of an elite-level wheelchair fencing frame is set to open up the sport to more athletes worldwide. Developed in conjunction with the International Wheelchair & Amputee Sports Federation (IWAS) based in the UK, the design has been created by engineering students from London’s Imperial College.

Asked by IWAS to come up with a low-cost design that met the sport’s requirements, the students’ plans are now available to download for free on the IWAS site and also come with easy-to-follow instructional videos.

With input from Team GB’s double Wheelchair Fencing World Champion Dimitri Coutya, who trialed the finished product with his coach, the frame allows athlete’s wheelchairs to remain anchored to the ground, as required by the rules, and is made from inexpensive, easy to source materials. 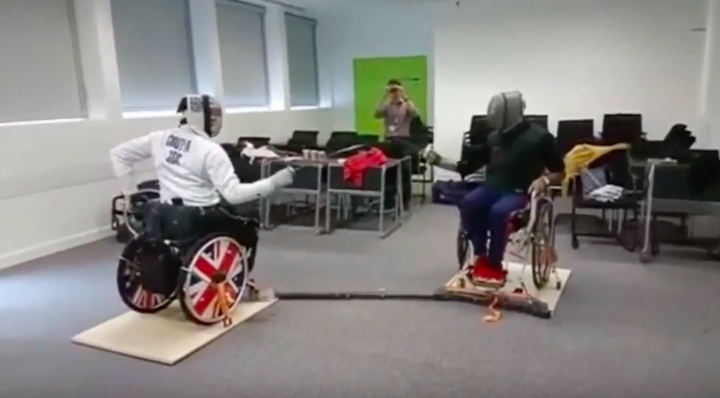 “The design process involved a lot of hacking and experimenting,” said one of the student designer’s Josephine Latreille, who explained that they had spoken to fencing clubs from all over the world in order to understand the specific needs of individual athletes and coaches.

“Wheelchair Fencing frames are generally made with bespoke parts and specialist manufacturing equipment,” she continued, “we had to try and find ways to simplify this.”

Fellow team member Camille Morand-Duval went into more detail about the group’s method; “We’ve used materials that are simple to get hold of, or which can easily be substituted by what people might have lying around, such as car parts,” she said.

Opting for a modular design, she said that it was paramount that the frames remain lightweight and compact, making them easily transportable by clubs.

Supervised by Dr. Ian Radcliffe from Imperial College’s Department of Bioengineering, the aim of the IWAS grant was to create an affordable, easy-to-construct, portable alternative to current wheelchair fencing frames, which can cost thousands of pounds, placing them out of reach for most fencing clubs worldwide.

IWAS CEO Charmaine Hooper said, “The cost of a wheelchair fencing frame can pose a challenge to athletes, clubs and coaches just getting into the sport. By delivering these free resources, IWAS hopes to provide an alternative option that will help eliminate this obstacle and make the sport accessible for all.”

Dimitri, who recently competed at the IWAS World Cup event in Hungary, told fencing.net that he was positive about the student’s innovation.

“The idea of making cheap frames available to a more diverse fencing community is essential for the continuation of the sport. I hope that the frame is a success.”

The frame plans and instructional videos are available to download here for free. In addition, IWAS have created a series of wheelchair fencing coaching videos that you can also view here

The Imperial College London team responsible for the frames’ design was Josephine Latreille, Leah Pattison and Camille Morand-Duval from the college’s Dyson School of Design Engineering.