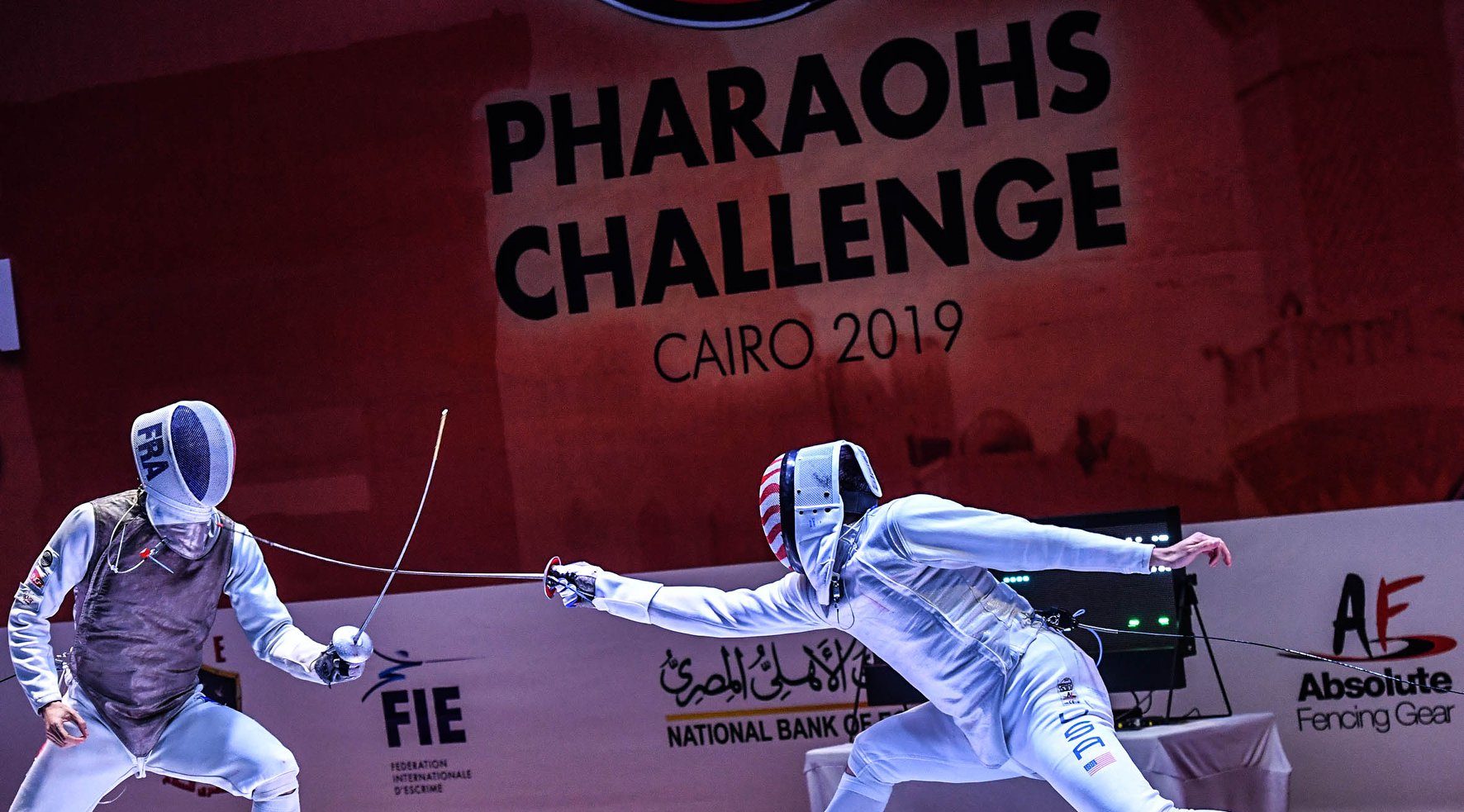 After an uncustomary fifth-place at last month’s Grand Prix event in Italy, Russia’s two-time World and Rio Olympic champion, Inna Deriglazova, has resumed her incredible winning streak. In a run that dates back to the 2017 World Championships in Leipzig, Germany, the 28-year-old right-hander has now won her tenth international gold out of a possible fifteen across all competitions.

Coming up against world number two and reigning world champion, Alice Volpi of Italy in the final, the Russian star was too good, taking it comfortably 15-7 inside Cairo Stadium. Having defeated Volpi’s team mate, Arianna Errigo — herself a two-time world champion — 15-11 in the quarterfinals, she was then pushed to a 15-10 win over Japan’s Sumire Tsuji, who made it onto a senior podium for the first time in her young career.

In the other semifinal, Volpi had to dig deep to overcome USA’s Lee Kiefer, 15-13, for whom it meant a second world cup bronze of the year and a sixth of her career.

In the men’s competition, it was very much about USA v Italy in the final rounds, with the Italians ending up with three fencers in the top 5 and the USA four in the top ten. These included world number one Race Imboden, who couldn’t follow up his Grand Prix win in Turin last month, and was knocked out 15-14 by eventual runner up Erwann Le Pachoux from France in the table of 16.

These rounds also featured some intriguing team mate on team mate bouts, notably Alessio Foconi v Giorgio Avola and Alexander Massialas v Nick Itkin, both in the table of 8. With Massialas and Avola both progressing by a scoreline of 15-10, they then both took on Le Pechoux and Garozzo respectively, both going down by the same scoreline. In the final, Garozzo showed his class and nerve to win 15-13 over the French veteran, who won world cup gold as far back as 2005.

In the teams, USA’s Meinhardt, Itkin, Imboden and Massialas beat a strong French team in the men’s final 45-34, while in the women’s, Volpi lead the Italians to a one touch victory over Russia, 38-37.