Twas the NAC Before Christmas 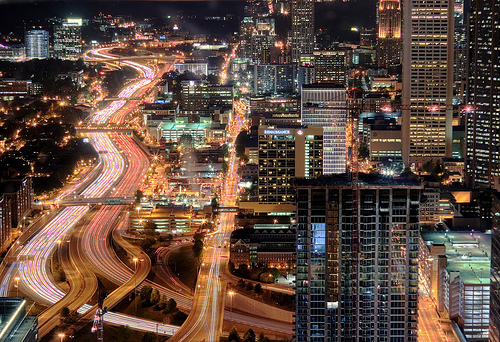 USA Fencing reversed its decision to cancel one of the three Division I North American Cup (NAC) events for the 2010-2011 season and placed that event as a new Division I and Open Team NAC.

The new event is set for December 18-20 in Atlanta, GA at the GA World Congress Center (GWCC).  The GWCC has hosted many USA Fencing events in the past, including the 2010 USA Fencing National Championships.  Other cities that had been considered included Charlotte, San Jose, Dallas.

The naming scheme for the new NAC has not been decided (NACs A, B, and C are taken.  Will this be B+?).  The Fencing.Net community has dubbed this the “NAC Before Christmas” and user FencingKitten even provided the verse for us:

Twas the NAC before Christmas and all through the bout
Not a fencer was screaming, no coach gave a shout.
The armoury was staffed and the strips laid with care,
in the hope that good referees soon would be there.

The fencers were nestled all snug in their pods,
while visions of Gold Medals made speedy their bods.
And Mary in her polo and one FOC
had just figured out what events we would see.

When up from the platform there came such laughter
I sprang from my chair to see what was the matter
Away from my pod bay I flew in a flash,
around pipe and drape and quick through the mass!

The light from the boxes and halgoen bulbs
gave the luster of midday to equipment below!
When what to our wondering eyes did appear
but little Clint Smith, and 8 others were here!

In gray slacks and blue jacket, we knew very quick
It was the referees, instead of St. Nick!
More alert than eagles, like horses they came,
and they whistled, and shouted, and called them by name:

As fast as they’d come they knew just why
the race they must win, the time it would fly!
So on to their pod bays the referees flew,
with clipboards and pencils and black cards were few!

Then in a twinkling we heard from the roof
a few second calls, and one guy went *poof*!
The ref drew out a card and was turning around
and sure enough a fencer was lost, now is found!

Dressed all in white from his head to his foot,
gear is all checked and the card, it was moot.
A bundle of weapons he’d slung on his back,
he looked like Scott Harkey had sold him the rack!

His eyes were not reddened, his dimples not sagging,
no sign of a late night causing his flagging.
His droll little mouth drawn up like a bow,
Smiling for having avoided a row.

The cuff of his glove he held in his teeth,
his body cord wrapped in his jacket with ease,
A broad ethnic face and a little round belly
gave a target to everyone as it jiggled like jelly!

He was quick and fenced clean, a right fencer of foil
and I laughed when I saw him, on strip how he toiled!
A wink of his eye and a twist of his head,
and thank goodnes for gear or his foe would be dead!

He spoke not a word, but was into his work
and though he might have been, was not a jerk.
And raising a finger he showed to his foe
that he should fence epee, because that was his toe!

He finished his pool, with good cheer and salutes
and sat with a smile and awaited results.
And I heard him exclaim, as he returned to our sight,
Good luck to all, be at the bar TONIGHT!

Over the next week, we’ll collect some of our tips for getting around Atlanta, good eats (and drinks) plus the sights to see in the week before Christmas in our home town.