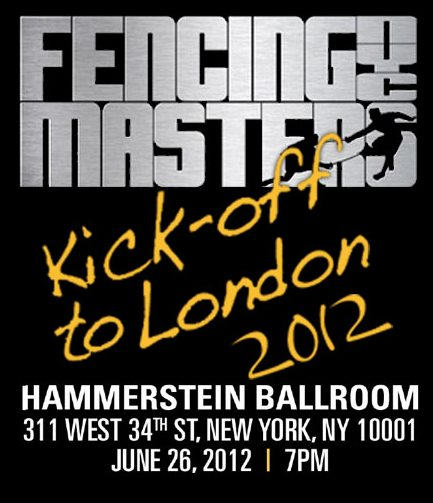 NEW YORK — En garde!  New York City is getting ready to host the largest U.S. spectator fencing tournament leading up to the Olympic Games this summer in London. Fencing Masters: Kick-Off to London 2012 will feature some of the sport’s biggest names including two-time Olympic gold medalist Mariel Zagunis and World bronze medalist Lee Kiefer, as they take on top contenders from around the world in a tune-up event for London.

Tickets go on sale today and can be purchased at www.fencingmastersnyc.com.

Fencing Masters, the only regularly televised fencing competition in the United States, will be held June 26 in the Hammerstein Ballroom. The inaugural Fencing Masters attracted more than 1,800 spectators and was televised on SportsNet NY. Sponsorship dollars and ticket sales provided direct support for U.S. Olympic hopefuls.

The event will be done in complete New York style, featuring several amazing innovations to bring a night of enjoyment for those who are familiar to sport as well as for newcomers. Among the special features of the event are: large-screen instant replay, mask cams to bring the crowd inside the action, specially designed uniforms and a stage created by a Broadway set designer.

An initial six-weapon team has been announced, representing all three disciples of fencing: foil, epee and saber, with both the men and women competing together. A second U.S. team of London-bound American athletes will be announced in the coming months.

Among the headliners is Mariel Zagunis, a two-time Olympic Champion in women’s saber who is certain to be among America’s top medal hopes again this summer in London.

“The Fencing Masters is a great chance for us to show the spirit and skill of the U.S. team on our own soil before we leave for the London Games,” Zagunis said. “I’m really looking forward to competing with some of the world’s best fencers. Hopefully people from all around the country will support us and join in our enthusiasm for fencing!”

In women’s foil, Lee Kiefer will compete in the foil discipline, as will British-born U.S. citizen and New York City resident Miles Chamley-Watson, who achieved a No. 2 world ranking at the age of 20. Rounding out the initial team are New York Native saber-fencer Daryl Homer, who placed 15th at the 2010 World Championships, U.S. National women’s Epee Champion Courtney Hurley and 2004 Olympian Soren Thompson.

The format will be a team points relay with two U.S. teams of London bound athletes competing, along with an additional US team of Future Stars who will earn their spots in qualifying tournaments from around the country.   Two international squads of all-stars, whose line-ups will be announced in the coming months, will challenge the US teams for the Fencing Masters trophy.

“One of the goals I set after our Olympic team’s success play in Beijing was to help grow fencing in the United States while supporting our athletes and bringing the sport into the mainstream.  The sport is amazing to watch and I’m excited that more people in the US will be able to experience its beauty, grace and athleticism before London,” said Fencing Masters founder and 2008 Olympic silver medalist Tim Morehouse, who is vying for a spot on the U.S. team in London.

Proceeds from the event will support the Fencing-in-the-Schools program, which also was created by Morehouse to help start fencing programs in disadvantaged communities and which will be launched in the 2012-2013 calendar school year. In addition, proceeds also will be used to provide grants to help support the Olympic dreams of the U.S team going to London. The inaugural Fencing Masters provided $25,000 in grants to Olympic hopefuls.

The event is being produced by WCMG Events in partnership with the sport’s national governing body USA Fencing. Nike Fencing was named as an initial sponsor for the event with additional sponsor-related announcements coming in the upcoming months.

Classical Historical or SCA Fencing - What are they? 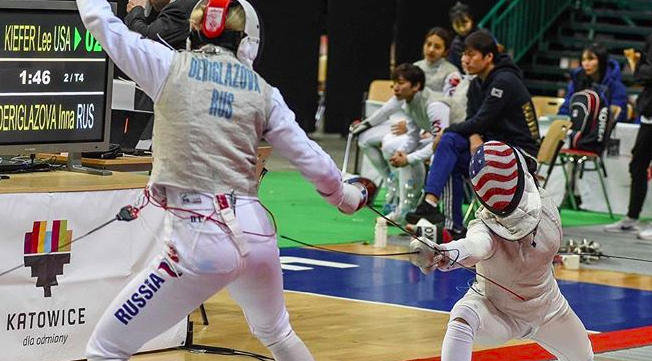