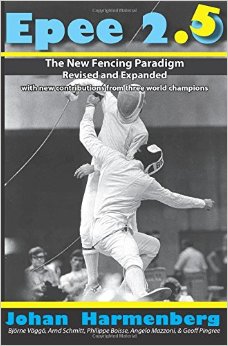 I never fenced Johann Harmenberg. He had retired from fencing long before I was born. I did however, have the pleasure of fencing his son Karl during my college days, when Brandeis competed against Harvard a few times a year (is that Beanpot Victory still giving you nightmares, Peter Brand?)

Time and time again, Karl was one of the most difficult bouts. He moved his hand and feet with frequency, bouncing in and out of distance with the finesse of a boxer. When you pushed him in preparation, he would knock your blade around, disrupting your approach and throwing you off your game in the most frustrating manner. The moment you tried to remove your blade from his destructive beats, he knew exactly what line you were going to move towards, and he would have your blade in opposition at the very moment your inner fencing voice yelled “Damien you idiot you just set yourself up to get hit!”

Karl was (and remains) a perfect embodiment of Johan’s Epee 2.0 framework, what Harmenberg calls “the new paradigm.” Developed in tandem with his college teammates and the late MIT Fencing Coach Eric Sollee, Harmenberg sought to create an innovative and disruptive approach to Epee fencing based on both his and his teammate experiences, historical combat texts (Sun Tzu and Mushashi), and the depth of knowledge from Sollee. The result was a simple and effective formula that defied conventional epee fencing and modernized the weapon as we know it. Harmenberg would use it to win three world championships and a 1980 Olympic Gold Medal.

The beginning of Epee 2.0 reads like Aaron Ross Sorkin’s “The Social Network,” in which big ideas are generated over beers and later brought to the piste to optimal results. The fondness with which Harmenberg recalls his interactions with Sollee and his college teammates is a fun read in itself, and the narratives from teammate Geoff Pingree only bolster the sense of teamwork and collaboration that went into the paradigm’s development. Harmenberg has lived a fascinating life, and the autobiographical aspects of the book provide aspiring athletes with detailed anecdotes that show what a fencer must go through in his/her aspirations to be the best.

Much of traditional fencing pedagogy is chock full of diagrams on how to properly conduct a six or a four, but Harmenberg’s writing is based on successful concepts he conceived, tested, and subsequently applied to his fencing to great success. Rather than ask how to hit your opponent, Harmenberg goes into great detail as to how one can avoid being hit. Harmenberg beautifully describes the process of luring his opponents into his “Area of Excellence,” or AoE—the most effective “home run” moves that can be applied in a bout. Tactically, these ideas remain relevant today, and Harmenberg does a great job with the 2.5 content in pointing to specific, modern bouts in which fencers (such as Kolobkov) applied his ideas. At times, he even copy/pastes entire fencing YouTube URLs into the book’s text, a practice I have never seen before in writing…

Where Harmenberg’s book really shines is his uncanny ability to take complex ideas in epee and not only make them simple, but make them understandable. At various points in the book, Harmenberg cautions that his paradigm isn’t to be used by anyone who has been fencing for less than five years. That may be true for much of it, but his descriptions of distance (new content added on this for 2.5), tempo, timing, and destructive parries are digestible even for intermediate fencers, and enlightening reads.

If near perfection exists in a fencing book, it’s in Harmenberg’s work, but it isn’t without its flaws. Epee 2.5 is full to the brim with spelling and grammatical errors, shifts in typography, and illegible text, particularly with some of his diagrams. These errors are frequent enough, that at times, they appear multiple times per page. With proper editing in future editions, such changes would make the paradigm an easier read. Grammar police, beware. This is a book that might drive you crazy.

I had not read Epee 2.0 prior to picking up Epee 2.5, so the ideas were new to me from cover to cover. Some of the new content includes:

Epee 2.5 is quite simply a must-read for any epeeist. The candidness of Harmenberg, the simplicity of his descriptions, the practicality of his suggestions, and the autobiographical components of the book will open any fencer’s mind and change the way s/he thinks about epee fencing. If you’ve shelled out the money for 2.0 already, it may be best to borrow 2.5 from a friend. While the new content is enlightening (with the narratives especially), it isn’t quite the revolution that was 2.0.

Harmenberg recalls a story early on in the book of his friend Boris Lukomski turning to him at a World Cup, watching the fencing, and lamenting: “Isn’t it terrible – and it’s all your fault. You and the Germans” (Harmenberg 26). The new paradigm was indeed Harmenberg’s fault. And the epee community is grateful for it. 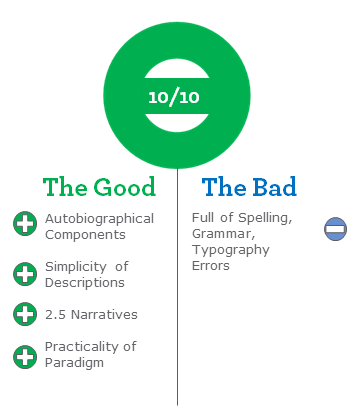 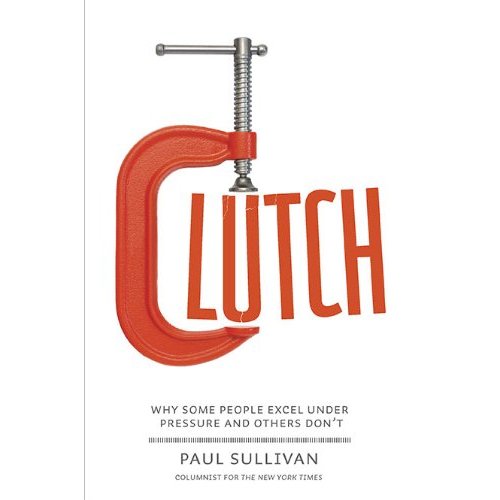 Clutch: Can you be a clutch fencer?