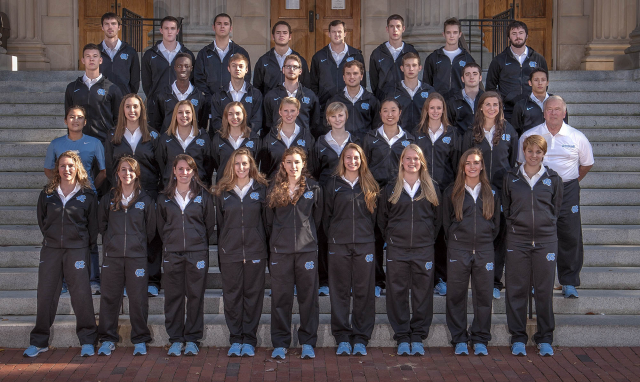 Yes, CoachK got to 1,000 career wins in basketball (with the majority of them coming from his time at Duke), but UNC’s Ron Miller hit 1,000 wins several years ago. Coach Miller’s 1,400 wins all come from his time as head fencing coach at UNC Chapel Hill, where he’s been developing athletes for 48 years. The Carolina tradition is strong on the fencing team, with several members of the UNC Fencing team going on to be successful coaches and even a couple of Olympians.

The North Carolina men’s and women’s fencing teams competed at the Philadelphia Invitational over the weekend, earning solid wins and experience highlighted by a landmark victory. The Tar Heels joined by 12 other teams in the dual meet format with the women competing on Saturday and the men on Sunday at the University of Pennsylvania. By the end of the day on Saturday, head coach Ron Miller had passed the 1,400-wins mark for his 48-year career at UNC.

“I look at is as, and this has been true ever since we hit 1,000, it’s not about numbers,” Miller said. “It’s about the kids and the people and what they can accomplish. Yes, it goes on my record, but in reality it’s the kids who have earned it, and not just the ones we have now but all of the ones before them. It’s really the athletes that should be celebrated for their accomplishment – I’m just along for the ride.”

The Tar Heel women finished Saturday’s competition 3-2 with wins over New Jersey Institute of Technology, Drew and Sacred Heart, the last of which capped the afternoon and provided the pivotal victory.

Each weapon had a winning day, with women’s foil going 24-21 overall, women’s epee 28-17 and women’s sabre 34-11. Among top individual performers, Gabrielle D’Astoli was 11-4 in foil and Lidea Shahidi was 9-2 in epee. Sabre was again strong, with Gillian Litynski going 8-2, Sarah Hanvy 7-1 and Meredith Bozentka 6-1.

“The women’s team fenced especially well,” Miller said. “They had a 14-13 loss to Penn, which is ranked in the top 10, and they were right there all the way.”

It was Hanvy’s victory against Sacred Heart that pushed Miller’s record past the 1,400 mark. The team celebrated with cake after the day’s competition wrapped up, then got right back to work for the men’s bouts on Sunday.

“We had some difficulties on the men’s side because were short,” Miller said. “Gordon stepped up really big and he did a good job as captain, too.”

Next up for UNC is the Northwestern Dual Meets on Saturday and Sunday in Evanston, Ill.

Hosted by University of Pennsylvania

Article via release at GoHeels.com 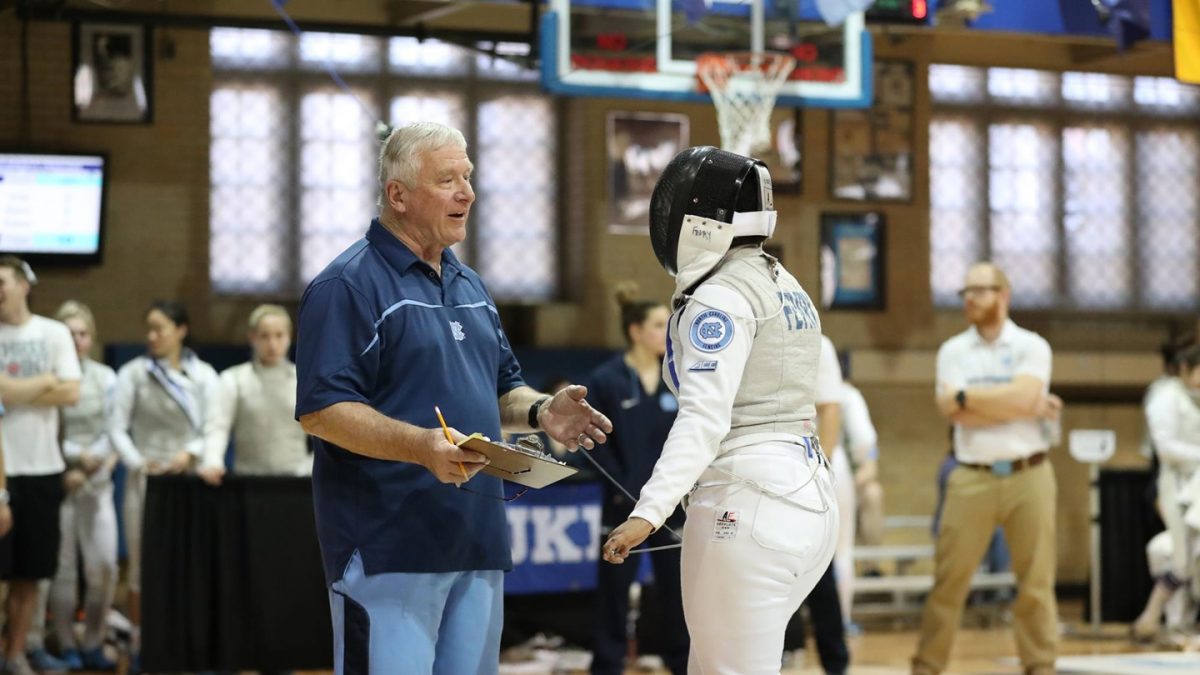 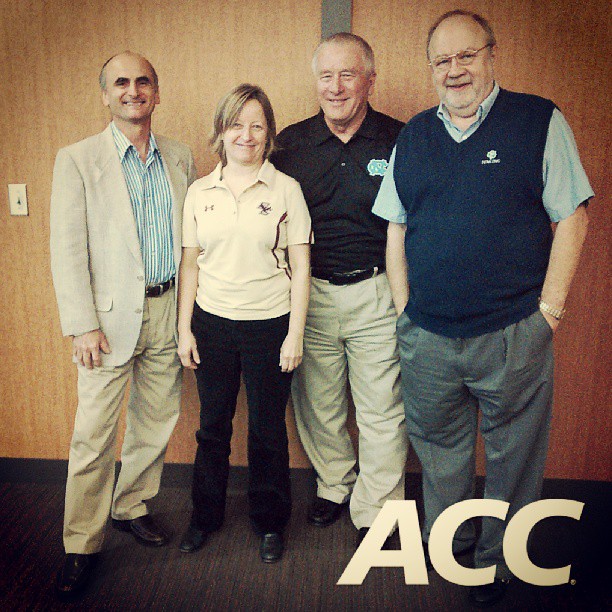 Fencing Gets ACC Conference Championships in 2015 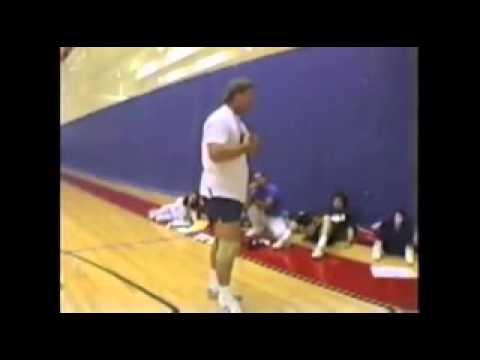 What is a Simple Attack?