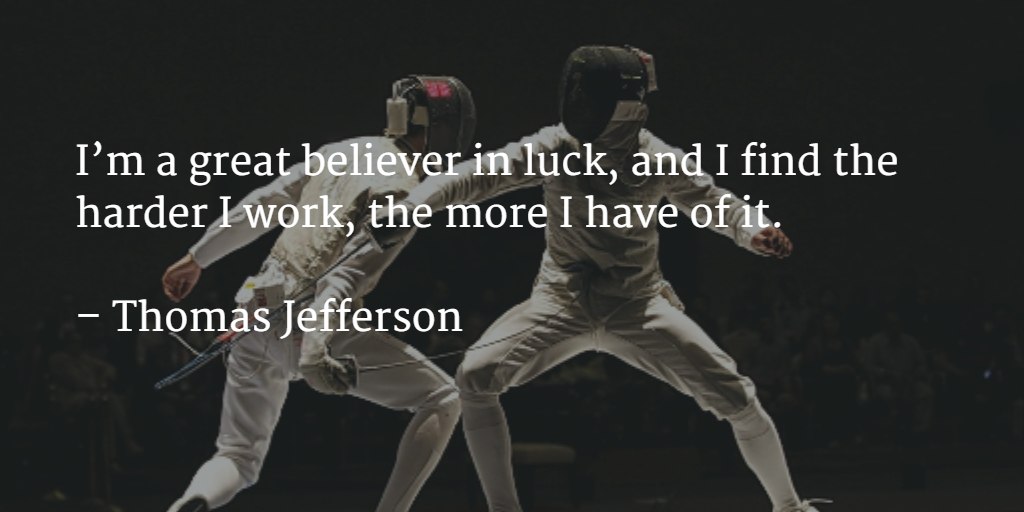 Have you ever had one of those bouts where you attack and miss. Then you go for the attack again – and miss? It’s easy to get into a cycle of “I just missed him and he got a lucky touch, I’ll just go harder/faster and get it back.”

That’s the downfall of a lot of fencers – the myth of the lucky touch.

Granted, fluke touches happen, and we should recognize when we score a point more due to the failure in execution by our opponent than by our own prowess. To fall into the same thinking when a point is scored by your opponent just sets you up for losing another point, or more, because you don’t adjust yourself appropriately.

I’ve been burned by this before – just attack faster and get that point on target. 3 lost points later I realize that my opponent has my timing down and is making me miss, but just enough that I didn’t recognize that he was making me miss and using my game against me.

I’ve used it on other people too – get the “lucky” hit and then act like it was unintentional so that they fall into the trap again and again.

In the long run, we create our own luck – and so do the world’s best athletes.

What’s your perspective on lucky touches? How do you react to them when they happen?