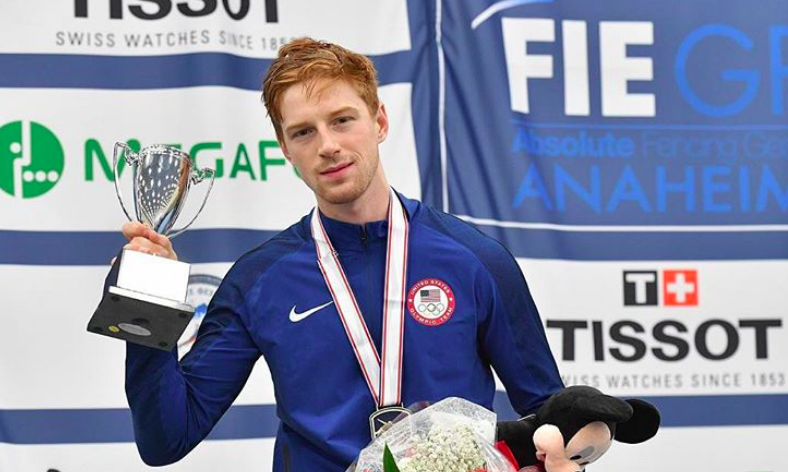 With enough points secured from the Grand Prix Foil event in Shanghai last month, where he finished third after a semi-final loss to eventual winner Richard Kruse from Great Britain, Race Imboden has made his way back to the top of the FIE World rankings.

While the 25-year-old hasn’t scaled the heights of his dominant 2014/15 season, when he won three events and became the first American male to win an overall World Cup title and only the second to reach number one, he has won at the Anaheim Grand Prix back in March, was third at the World Cup in Egypt at the start of the season and hasn’t missed an individual top ten.

In addition, he’s been part of history in the team events, with the US Men’s Foil team winning an astonishing five World Cup events in a row.

With the number one ranking secure in the lead up to the World Championships in Wuxi, China, which begin on July 19, the two-time Olympian will be looking to improve on his best result so far at a World’s which was a fifth-placing in Croatia in 2013.

Taking to Instagram to celebrate the news, Imboden wrote:

“’With a Bronze medal in the Shanghai Grand Prix I have taken back the World No. 1 ranking. This is simply a reflection of the passion, dedication and love I have for fencing, as well as my teams amazing focus and devotion to me. Thanks to everyone who has supported me! All I can say is I am looking forward to the fencing, and challenges still to come.”

Alexander Massialas, Imboden’s teammate, currently sits at the #2 spot in the world, setting team USA up for a strong showing at Wuxi.

For more results and lead up to the World Championships in China, stay on fencing.net