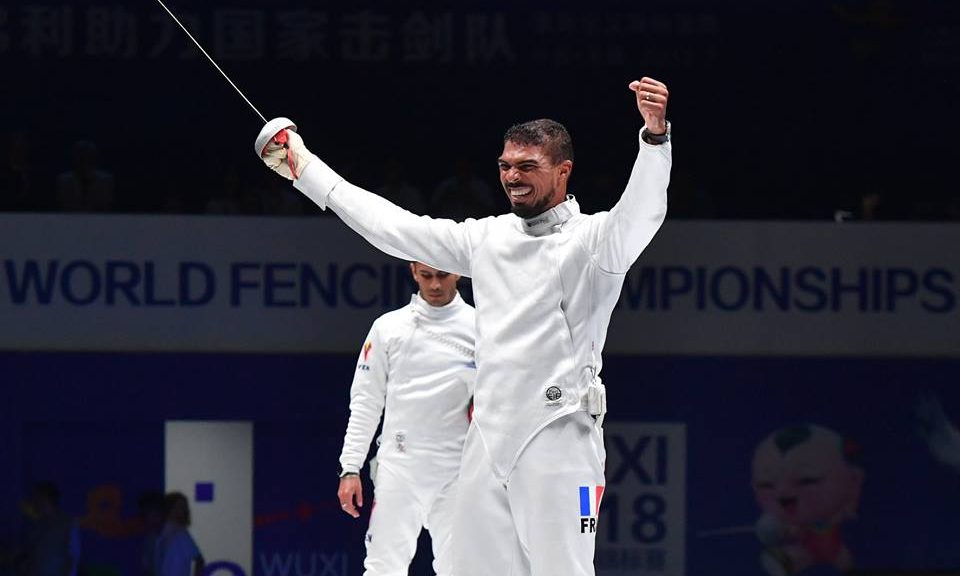 Italy’s Alice Volpi has followed up her teammate Mara Navarria’s heroics in the epee on day 4 by winning gold in the women’s foil on day 5 at the ongoing World Championships in Wuxi, China. On the same day, triple European champion Yannick Borel won his first World Championship gold for France in the men’s epee.

In the women’s foil, Volpi came up against a giant-killing Ysaora Thibus in the final, eventually overcoming the Frenchwoman 15-12, but not before Thibus had created one of the upsets of the tournament by defeating Russia’s hot favorite and defending champion Inna Deriglazova, 15-14 in their table of 8 clash. This was after the Russian had stormed through her early rounds, including a 15-7 victory in the table of 16 against Team USA’s Nicole Ross to set up one of the bouts of the championships so far.

Volpi, a runner-up to Deriglazova at last years World Championships in Germany, came through the same half of the draw as world number three Lee Kiefer from the USA, whose disappointing run at senior World Championships continued. The diminutive nine-time Pan American champion is yet to improve on the bronze she won as a 17-year-old in Italy in 2011, losing out to Tunisia’s world number 4, Ines Boubakri, 15-13 in their quarterfinal. Boubraki then lost out to Volpi 15-7 in the first of two lopsided semifinals, Thibus preventing an all-Italian final by easily accounting for veteran Arianna Errigo 15-2 in theirs.

In the men’s epee, world number one Yannick Borel, who came to these championships fresh from winning his third consecutive European title in Serbia, overcame 2012 London Olympic champion, Venezuela’s Ruben Limardo Gascon, 15-4 in their final. Gascon had pulled a couple of surprises on his way to the gold medal match, defeating the world number three and two in consecutive bouts, Korea’s Sangyoung Park in the table of 8 (13-10), followed by Ukrainian ever-present Bogdan Nikishin (7-4) in the first semi-final.

In the final, Borel’s dynamic style was too good, and victory was never in doubt for the Frenchman, claiming it 15-4 well inside the time limit. To reach the gold medal play-off, Borel defeated another Ukrainian, Roman Svichkar, 15-11 in the second semi-final and before that Kazakhstan’s eighth-ranked Dmitry Alexanin, 15-5 in the table of 8. USA 22-year-old Curtis McDowald achieved his best world championships result following his bronze at the Pan American championships in Cuba in June, finishing 8th place.