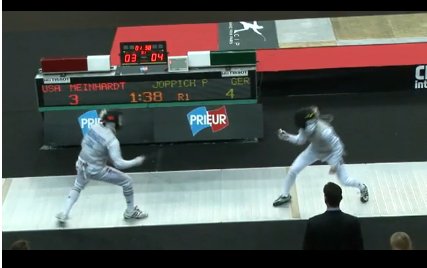 This bout is from earlier in the year at the “CIP” Grand Prix event in Paris, France.  At the CIP in January 2010 US Olympian Gerek Meinhardt faced off against 3 time world champion Peter Joppich (GER).

Joppich usually forces his opponents into fencing a close distance bout using lots of remises and counter attacks.  Meinhardt keeps the distance for much of the bout – making more of the actions longer attacks.  Even with fencing a longer game, Gerek has ground to make up as he begins the 2nd period down 4 points to Joppich with a 12-8 score.

Keep an eye on the way both fencers play at the edge of their attack distance to set up their attacks and how the slight distance and target changes are used to make one fencer miss to allow the counter-attack to score.

This bout and the US results at the 2010 CIP generated a good bit of discussion in this forum thread.

What say you?  How do you like their fencing and do you want more of these clips here? 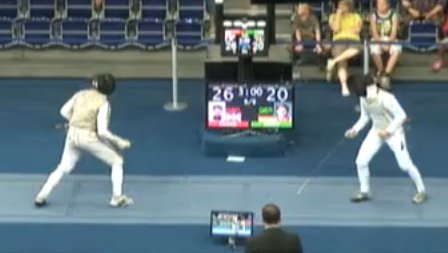 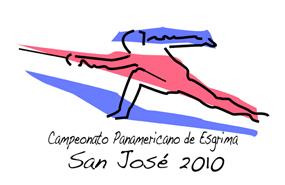