Nzingha Prescod of Columbia was a force to be reckoned with at this weekend’s Ivy League Championships.  Prescod assisted the Columbia Lions women fencers to a second place finish with her impressive 16-bout win (of 18).  With 86 touches and allowing just 29, Prescod was one of the stars of the weekend competition.

She was unanimously voted Rookie of the Year by Ivy League coaches.

Other awards given were to Cornelius Saunders of Yale for Most Outstading Male Rookie, and Ivy League Most Outstanding Performers awards went to Caroline Vloka of Harvard and Alexander Mills of Princeton. 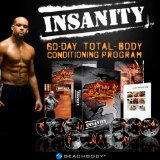