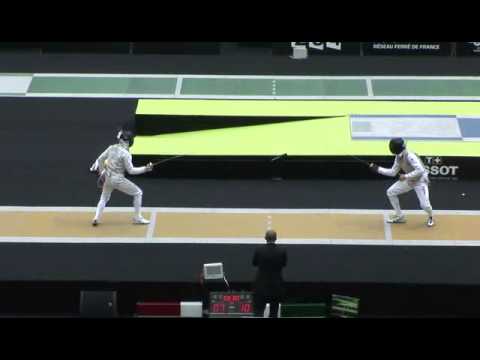 This is the bout that got Gerek Meinhardt (USA) onto the medal stand at the 2010 Fencing World Championships in Paris, France. Gerek faces off against Maor Hatoel (ISR) in the top-8. Earlier in the day, both fencers won upsets as Gerek was the 14th seed and Hatoel the 43rd seed.

In this bout Gerek gets an early lead and doesn’t give his opponent a chance to get back into the match.  Keep an eye on the setup for the touch right after the minute break.  This is an example of the “Dictate Points” example from Michael’s review of Winning Ugly.

What else did you take away from the match?