Cheung Ka Long of Hong Kong defeated Daniele Garozzo of Italy Monday evening to earn his first Olympic Gold, his first international event victory, and the second ever Gold medal ever earned for Hong Kong. The bout was a rapid fire back-and-forth with a partial injury break midway through the first period. The score was close until around 10 points when Cheung broke away to close the bout out at a score of 15-11. Cheung defeated Alexander Choupenitch of the Czech Republic 15-10 in the semi-final round to make the finals.

Cheung has been floating in the high 10’s in the world rankings for the last half decade, with a few bronze and silver medals at World Cups and Grand Prix events. This Olympics represents his strongest result to date.

Unlike Cheung, Garozzo is no stranger to the podium stand, having won Gold in Rio 2016 and numerous other international medals both as an individual and team.

Garozzo solidly defeated home town frontrunner Shikine Takahiro of Japan 15-9 in the round of 4 to make the gold medal match.

In the Bronze medal bout, Choupenitch dispatched Shikine handily with a score of 15-8 to earn his place on the podium. For Choupenitch, this medal represents his first international podium placement in quite a while – all of his past successes were concentrated around 2014 – and the first Olympic medal of his career. 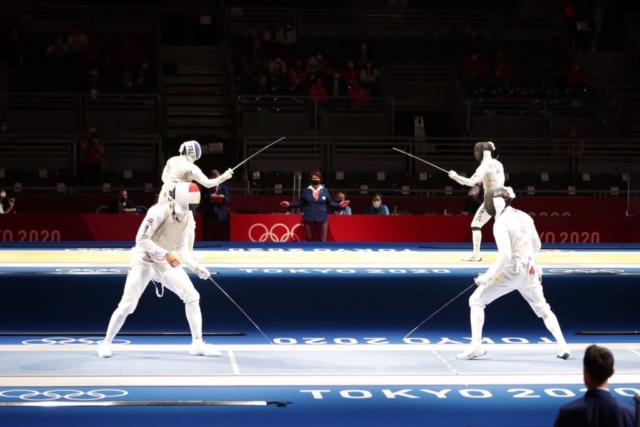 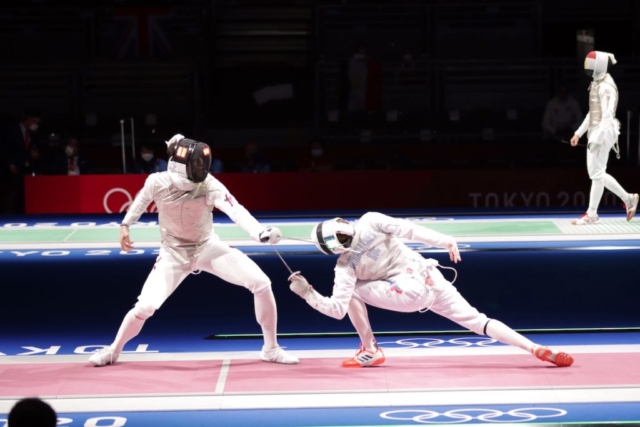 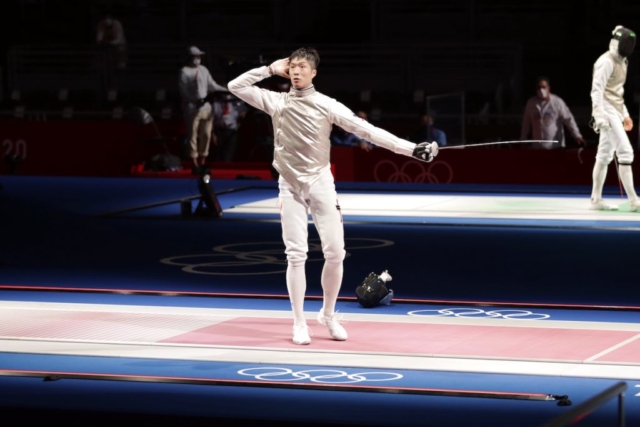 For Team USA, it was a disappointing day. World #2 Gerek Meinhardt lost his opening bout in the table of 32 11-15 to Vladislav Mylnikov of the Russian Olympic Committee, who is currently ranked #124 in the world. Mylnikov has no senior level international results to speak of and had to fence off in the table of 64 to compete against Meinhardt, which makes the result all the more shocking. Meinhardt was a favorite of both fans and betting sites alike – everyone had him as one of the top picks to win the entire event.

World #5 Alexander Massialas lost his first bout 12-15 to Peter Joppich of Germany who came into the event ranked #54 in the world. Unlike Mylnikov, Joppich is a deeply experienced fencer, however, with 5 world championship gold medals under his bout. Joppich certainly seemed as prepared as he ever has been to take home his first individual medal at this Olympics. Having said that, SF Chronicle is reporting that Massialas has spent the last several days in COVID quarrantine due to close contact with a confirmed positive test, and was unable to do any serious preparation for the event, which is not just a detriment to his performance, but also a detriment to the performance of his teammates who did not benefit from his experienced presence.

Certainly, the theme of the day across the board was “upsets”. World #1 Alessio Foconi of Italy lost his second elimination bout to #19 and eventual Gold Medalist Cheung by a blowout 3-15. If you didn’t have Meinhardt to top your fantasy bracket, Foconi was probably there instead. Andrea Cassara of Italy, a mainstay in Men’s Foil, fell to lower seed Mohamed Hamza of Egypt, and many many other similar by-the-numbers upsets disrupted the expected path of the round of 32 and 16.